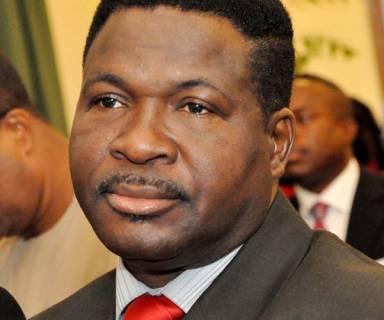 Today the Nigerian Government through the Information Minister, Mr Lai Mohammed, suspended indefinitely, operations of the Micro-blogging and social networking service, Twitter, in Nigeria. It was a retaliatory action against Twitter for humiliating President Buhari based on his incendiary statement against protesting Nigerians.

Well, I am not surprised that the Federal Government has suspended twitter operations in Nigeria. Are you? I have always said that this Government has a very thin skin for criticism. It is a government that cannot take punches, but delights in always giving punches to adversaries, real or imaginary.

What does Nigerian government think Twitter loses by being suspended? It is just the Nigerian people that will suffer, in the same way the Government has been punishing Nigerians in the last six years. Twitter will not even bother whether Nigerians use Twitter or not. We are 210million people in Nigeria. Of this number, only about 33million Nigerians are active on social media. Less than 15 million of these are on twitter.

On the other hand, there are well over 300 million people across the world that use twitter. So twitter will not feel it. It is just like a drop of water in an oasis. Twitter will not even know that a country has suspended it. So, it is the same beleaguered Nigerian people that will suffer, not the Federal Government or Twitter, because the Federal Government is a minute minuscule aspect of the Nigerian society, made up of only a few selected elite that do not care about the common man.

The Government knows that Nigerians now resort partly to twitter to express their dismay and dissatisfaction with its mis-governance; its opaqueness; its lack of responsibility, transparency, accountability and commitment to the Nigerian people. The Government knows that Nigerians now express their resentment and protest through Twitter, by telling the whole world how Nigeria has been turned into a corruption haven, and a sprawling field of butchery, extra-judicial executions and slaughtering. Those in Government do not want the world to hear about their atrocities. So, they just gleefully tell the world that they have suspended twitter, and that they would soon license other OTT and social media operations.

These people in Government know that Nigerians have been reaching out to the whole world; and they are very embarrassed that the breeze has been blowing, and the smelly backside of the fowl is always being opened for the whole world to see and smell its odorous side. This is the same Government that undeservedly rode to power using the same twitter and other social media platforms it now detests.

My humble appeal to this Government is that it should go further than this. It should actually suspend or dissolve the Nigerian people which it has become so allergic to and no longer wants to see or hear about. Then, it can now go ahead to elect or select another people in place of the present Nigerians who appear to have become a nuisance to it. I am very ashamed of this government. This government knows no shame at all.

This government has no integrity at all; no honour; no dignity; no capacity to govern; no pretensions to democratic nuances. I am greatly disappointed about this government round and round. I feel very sad as a Nigerian being led by a Government of one scandal per day.