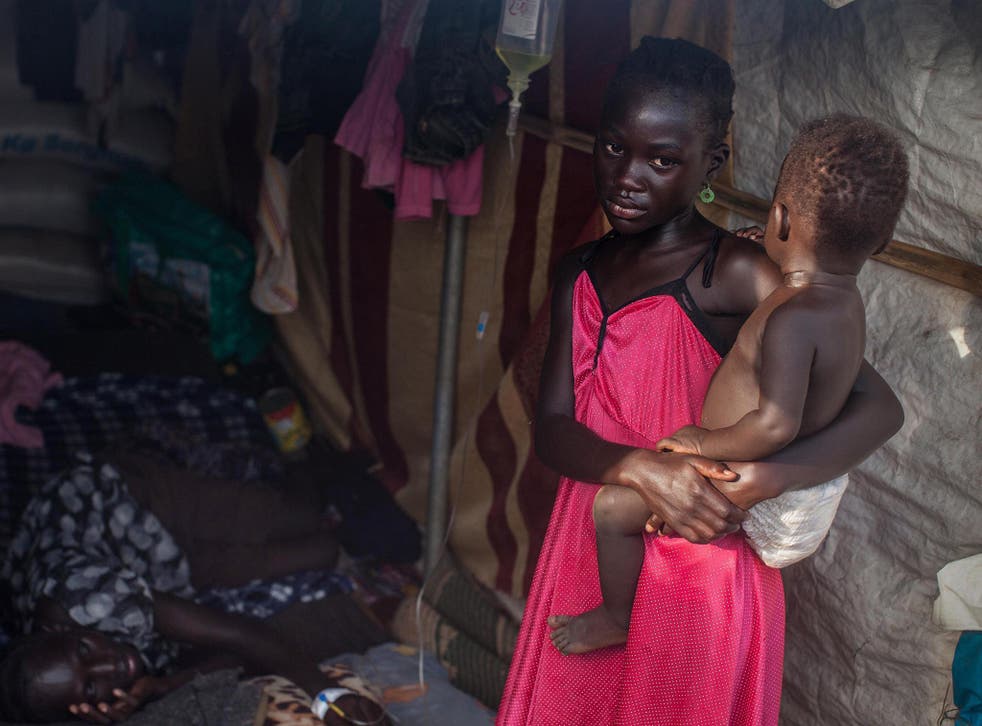 August of this year will mark the one-year anniversary of the end of South Sudan’s civil war, yet recent surges of violence suggest that peace is far from being realized. These attacks by armed groups include instances of sexual violence against women and girls.

Why is the rate of sexual violence so high in South Sudan? According to human rights experts, the answer can be found in a fundamental element of South Sudan’s local economy—bride price.

In South Sudan, if a man would like to marry a woman, his family would have to pay for her, often in cows or goats, based on her negotiated value. Once women are married off, they are expected to bear many children, including daughters who are viewed as assets to acquire more cattle. Therefore, early and forced marriages are common with more than 50 percent of girls married before the age of 18. Many young girls are married to elderly suitors because those men have more assets.

The objectification and commodification of women in South Sudanese society allow for a culture in which GBV is accepted and normalized. Traditional gender roles and conditions of poverty sustain the practice of paying bride price.

The lack of women’s rights in South Sudan not only leads to suffering but also challenges efforts to promote peace. Cultural notions that women are homemakers and child-bearers drive inequity. Only 7 percent of girls finish primary school and fewer than 2 percent go on to high school. Families may also worry that girls may be sexually assaulted on their journeys to school, lowering their value and bride price. GBV prevents girls from pursuing their dreams and keeps families trapped in generational poverty. The return on education is worth re-evaluating the importance placed on paying bride price. Studies show that a single year of primary school education has been shown to increase women’s wages by up to 20% later in life.

If South Sudan is to undergo significant economic development, women and girls must have access to education. “Women have the opportunity to contribute in building this nation into a country that is stable and peaceful,” said South Sudanese activist Rita Lopidia at the inaugural Women Building Peace Award. Gender equity is intimately tied to achieving stability in South Sudan.

It is imperative that the government of South Sudan takes steps to reduce the prevalence of GBV and increase access to education. Addressing the root of this issue, begins with regulating bride price. Excessive bride prices are a burden on both men and women. Men who can not afford bride prices experience feelings of inadequacy and social seclusion. Village youths put their life at risk during livestock raids in neighboring tribes to be able to afford marriage. Women experience violence in the form of physical and sexual violence resulting from the valuation of their worth in terms of livestock. By targeting social norms that perpetuate these levels of violence, South Sudan can inspire a movement towards rehabilitation and rebuilding.

Although commonly held perceptions will not change overnight, community-based efforts towards GBV education and awareness-raising will lay the foundation for establishing lasting women’s rights laws and policies. If women can become workshop leaders, teachers, and decision-makers in implementing the peace accords, South Sudan will be able to envision a country that serves the needs of all of its people.

The real price of marriage in South Sudan is the opportunity to realize peace and stability. Although bride price is commonly paid in cows and goats, families also sacrifice the well-being of their daughters and higher earning potentials.

The rise of physical and sexual violence in recent weeks indicates that South Sudan is at risk of falling back into large-scale conflict. If South Sudan is to continue on the path of peacemaking and change conditions of underdevelopment, regulating bride prices needs to be on the agenda.

Hanna Hassan is an undergraduate student at the University of Virginia, currently interning at the High Atlas Foundation.