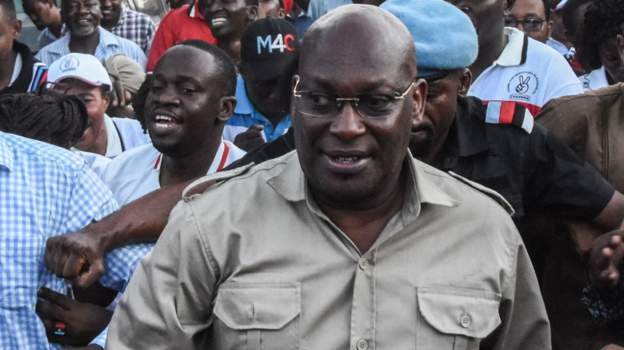 
Tanzania‘s main opposition party Chadema has said its leader, Freeman Mbowe and other members have been arrested.

The arrest on Wednesday, according to the party took place ahead of a planned conference to demand constitutional reform.

On Twitter the political party said Mbowe and 10 Chadema members were arrested in the northwestern port city of Mwanza.

“We condemn the repression of the rights of Tanzanians with the strongest force. These are signs that the dictatorship that existed during the rule of President John Magufuli continues,” the party said.

This is the first major political arrest made four months after Tanzania’s first female President Samia Suluhu Hassan took office in March following the death of her predecessor John Magufuli.

According to the party statement “Freeman Mbowe was accosted by an army of police officers in his hotel when he arrived at 02:30 am and was arrested together with other leaders.”

“We want the police to come out and say where the chairman is and why he was arrested,” Chadema said.

There are many political watchers who had hoped such political arrests would be a thing of the past with President Hassan now in power.