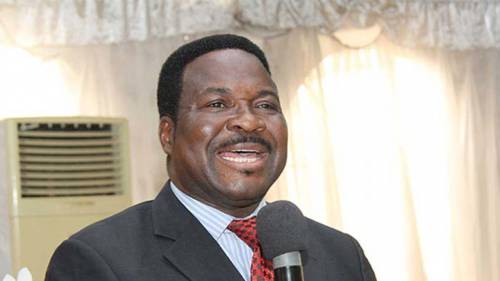 Recently, in an unprecedented manner in the 58 years annals of the Supreme Court of Nigeria Nigeria, all the 14 serving Justices of the Supreme Court protested their horrific welfare and deplorable conditions of service to the Chief Justice of Nigeria (CJN). In a world that has since become a global village, the memo leaked. Who did this to this revered institution? Who caused this national ruckus and bedlam?

The CJN, taking the issues seriatim through Isah Ahuraka, his spokesperson, said replied inter alia, that the apex court does not exist outside the economic and socio-political environment in white which every the country has found itself. It affects the apex court just as it bites everyone.

The CJN may be right, based on facts available to him as the head of the third arm of government. However, it must be noted that the entire annual allocation meant for the Supreme Court is like a drop of water in an oasis. That is not all. The N110 billion yearly allocation to the Supreme Court has not changed in the last four years (since 2018). This means that every year, in spite of the hyperinflationary trend which has become geometrical and not merely arithmetical, the allocation to the apex court remains static. It also means that since the time when the exchange rate was about N180 to N250 to a dollar, which is today about N612 to the dollar, the apex court’s allocation has not changed. It also means that the Justices’ quality of life has thereby been receding, rather than appreciating.

These Supreme Court Justices are members of the same society that we live in and they reside in it. They have their wives and husbands to care for; they have their children and teeming dependants to take care of.

I do not believe that the CJN was arguing that because the parlous economy affects everybody, the Justices of the Supreme Court should perish. No. He may not have put it quite reassuringly.

What I expected the CJN to have done is to have balmed their oozing bruises; bandaged their bleeding economic sores and say ‘’Ok, I have heard you loud and clear. I am going to take up your complaints and champion your cause before the executive and legislative arms of government, arms that have turned themselves into rampaging bulldogs. As the head of the Judiciary which is the third arm of the government, I will make sure that you have more allocation, your welfare enhanced and your life made better.’’ Sikena.

It was Alexander Hamilton in his Federalist paper number 78, who once said the Judiciary is the weakest of the three arms of government; and that it has neither purse, nor sword to enforce its judgments.

Are we going to say that the Judiciary should remain forever in the doldrums, trampled upon by the two other arms of government? I think not. When I read about the entire annual allocation of the Judiciary, I wept. My heart bled. The entire allocation is like what some governors in this country simply pocket as security votes and walk away as if nothing has happened. The allocation is less than ¼ of what some ministries have in this country, and we have more than 30 ministries in Nigeria. Yet, we are talking about the head of the whole third arm of government – the Supreme Court. Yet we expect these Justices to be aliens from another planet, maybe from Saturn, Mars, Uranius, Neptune, Pluto, Mercury, Venus, or Jupiter so that they won’t be corrupt. We expect them to act like Archangel Michael or Angel Gabriel, who must not touch money with a ten-foot pole, even when they are hungry and starved. So, when we are crying that some Judges are corrupt, we also have to look at it from the angle of the rotten milieu within which they operate. Whilst not advocating for corruption (God forbid; very far from it, because I believe that any corrupt element within the judiciary should be kicked out and dismissed after proper investigation and trial),

I also believe that we must not allow a system where corruption becomes so attractive as to form a clear and present danger and become a fundamental objective and directive principle of state policy. We have a proverb in my language, which translates to say that you must keep away the white cloth from the palm oil, just the same way you must keep the palm oil away from the cloth. If you bring an insect-infected piece of firewood into your house, you have requested a visitation of a colony of lizards. So, you must not complain when you see a colony of lizards descend on you because you asked for it. If you starve Judges and Justices, and you make them believe that they don’t matter and will never have a house to retire to, and some justices of the Supreme Court, in spite of the danger inherent in their job are renting houses inside towns, living amongst people, some of whom have been tried and jailed by these same Judges and Justices, then you are begging corruption to embrace them. You are not even giving them enough protection and security.

The society must not appear to be telling the Justices to either take it or leave it; to either kow-tow and agree with their present perilous, impoverished, sorry situation, or resign. It should never be like that.

I expect the CJN to engage them more and pacify them. I want to believe that before they wrote that letter, they must have complained several times, and serially quietly in secret, in the underground, without being heard, or their complaints being remedied. That must apparent apparently why they went so formal by writing that historic letter. Everyone knows the spirit of camaraderie that works in the Supreme Court and in all superior courts, where they have to hold several meetings to decide upon a case before a final judgment is written. If that is the case, as I want to believe it is, the CJN must go ahead and take up their grievances and fight it through with the executive arm of government that is holding on to more than 70 per cent of our national resources, with the legislature holding on to the rest.

Have you not heard how much senators receive every month? Some receive between N10 million and N14 million every month. Compare that with Justices’ salaries and those of Judges of High Courts, where Judges are receiving salaries of about N500, 000 per month, a sum that is not everyone even enough for local government chairmen to fuel their fleet of cars.

When you see some ministers or governors move, they go in convoys of between six and 20 vehicles. To fuel those vehicles alone is more than N500, 000 in a month.

If you treat Judges so shabbily, then we must be ready to go and invite our Lord and Savior, Jesus Christ, who is sinless, to come and sit over judgment in Nigeria. This is why I support the case filed recently by Sebastian Hon (SAN). I am part of that epochal case which came up about two weeks ago, asking for better salaries and welfare packages for Judges across the board. I feel very sad that a critical arm of government that is dispensing judgment and justice; that is the sentinel that watches over our fundamental rights, the rule of law and good governance, is so lacking in funds that it has become the whipping child. So, I expect the CJN to take up this matter with the seriousness and urgency it deserves. The urgency of yesterday.