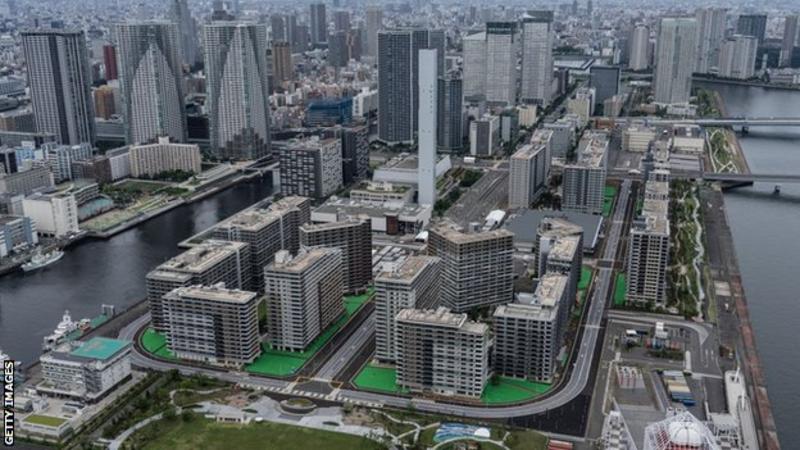 Two South Africa footballers have become the first competitors to test positive for coronavirus in the athletes’ village in Tokyo – five days before the start of the Olympic Games.

Meanwhile, six athletes and two staff members from Team GB’s athletics team are self-isolating after being identified as close contacts of an individual who tested positive on their flight to Japan on 15 July.

Another athlete from outside the village tested positive on Sunday too.


“We have three positive cases of Covid-19 in the camp here, two players and an official,” said South Africa team manager Mxolisi Sibam.

“There is daily screening which included taking temperature and saliva testing, Masha and Monyane reported high temperatures and positive saliva tests and were then taken to do the nasal test, which we all had initially taken and they unfortunately tested positive for Covid through that test. Mahlatsi is the latest player to go through the same process.”

Monyane, a right-back with Orlando Pirates in his homeland, posted on social media when the team arrived in Tokyo.

South Africa Sevens rugby coach Neil Powell also tested positive on Sunday on arrival in Japan and is now isolating in Kagashimo, where the squad is based for a pre-Games training camp.

In total, organisers on Sunday reported 10 new cases connected to the Olympics including media, contractors and other personnel. That compares with 15 new cases on Saturday.

Infection rates are rising among the general population of Tokyo, topping 1,000 new cases for four consecutive days. Polls show many Japanese people oppose holding the Games with the influx of overseas visitors it entails.

Tokyo 2020 spokesman Masa Takaya said the three cases were from the “same country and sport”. They are “isolated in their rooms and Tokyo 2020 is delivering meals to them”, he said, adding that the rest of the team – which has not been identified – have also been tested.