Thousands of protesters took to the streets of Khartoum on Saturday, after nine people were killed Thursday in demonstrations against the country’s ruling generals. The demonstrators moved later to a sit-in area, which started last Thursday night outside al-Jawda hospital where injured protesters are still being treated. The United States and others in the international community condemned the violence in the East African nation, which has been rocked by near-weekly protests since an Oct. 25 coup upended its fragile transition to democracy. Sudanese military authorities have met the protests with a deadly crackdown, which has so far killed 113 people, including 18 children. Photographs of the dead were posted online, in some cases in an effort to identify them. The Sudan’s Doctors Committee, a medical group that monitors casualties from demonstrations, said security forces shot and killed nine people, including a child, in or near Khartoum during the rallies on Thursday. Thursday demonstrations coincided with widespread internet disruptions. 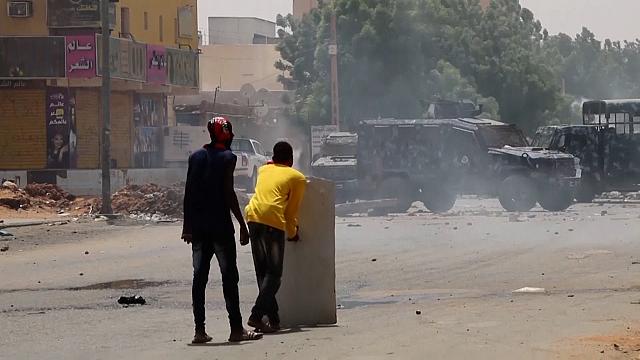