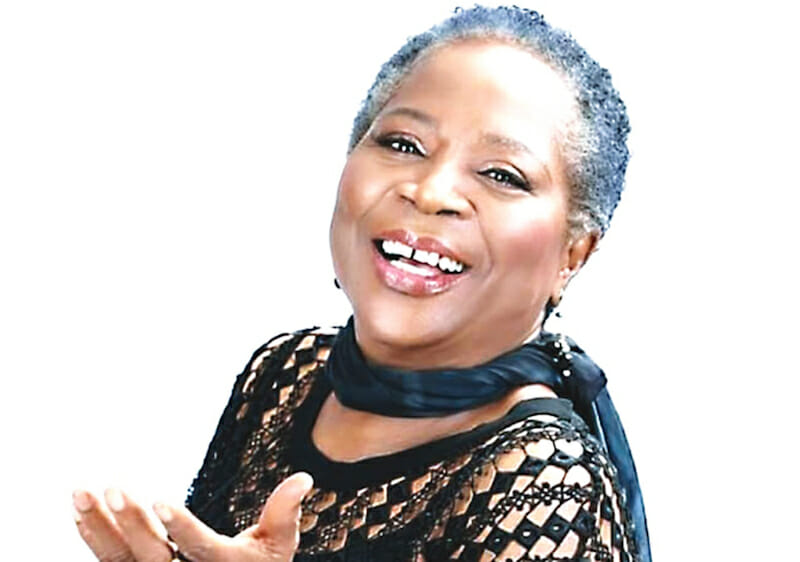 Much of the hope of One Nigeria rests in the power of its music, which keeps the people hopeful even in the face of political uncertainties, Yinka Olatunbosun argues

October 1, also known as Nigeria’s Independence Day, has always been a day of mixed emotions: hope, faith, withdrawal, anger, frustration, and moments of reminiscencereminiscence. Radio and television stations showcase a playlist of Nigeria’s classics to celebrate Nigeria. Despite the myriad of challenges, it is arguable that Nigerian music has remained a collective source of pride. More than ever before, Nigerian musicians are enjoying international recognition from music fans all over the world. Hasn’t music always offered the healing balm to alleviate pain from poverty, corruption, oppression and dictatorship?

In 1969, Fela Anikulapo Kuti, who later became more famous for his music activism, recorded “Viva Nigeria,” which is a post-civil war healing song. For the critic, Tejumola Olaniyan, in his Indiana University Press biography, Arrest the Music! Fela and His Rebel Art and Politics, the song “turned out to be the composer’s most politically scandalous and compromising composition.” Some of his contemporaries, such as Orlando Owoh, Haruna Ishola, and Ayinla Omowura.

Consider juju music maestro Ebenezer Obey Fabiyi’s 1984 record, “Only Condition to Save Nigeria.” The artist must have envisioned Nigeria in a free fall at the time of writing the song. Citing socio-economic problems, Obey calls for concerted effort and unity to salvage the nation that is recovering from civil war and political assassinations while entrenching itself in corruption.

The following year, in 1985, Veno Marioghae released one of the most optimistic songs about Nigeria, titled “Nigeria Go Survive” in response to the mass migration of the period. “Andrew no check out o…” is an unforgettable line that has faded with time as many more “Andrews” have left Nigerian shores for a better quality of life abroad.

Funmi Adams, one of the most profound voices of the 80s in Nigeria’s pop scene, delivered a patriotic track that almost took the place of the national anthem: “Nigeria, My Beloved Country.” Mostly sung by young children, the song is a statement of commitment and loyalty expressed from a place of innocence and hope. Released in 1989 at the peak of the military dictatorship, the song gained popularity, especially with government-owned broadcast media.

Next, the “elegant stallion”, Onyeka Onwenu, released ‘One Love’ in 1991. It’s significant for her to sing this song as an Ibo woman, of the tribe that was decimated during the civil war. Hence, this song in itself symbolises truce and an appeal for humanity to prevail.

The 80s and 90s saw a wave of consciousness music with many Nigerian musicians, especially in the reggae genre, singing liberation-themed songs. Learning from the legacy of Sunny Okosuns and his socio-politically charged lyrics, a crop of artists emerged, fearlessly outspoken about the prevailing dictatorship. From Mandators’ “Rat Race” to Ras Kimono’s “Under Pressure,” the music scene in Nigeria became more temperamental and then the nation came under intense pressure to embrace democracy. The widespread arrest, detention, and torture of pro-democracy agents forced many Nigerian artists of this period to either self-exile or some sort of reclusion.

History has a special place in memory for Professor Wole Soyinka and Tunji Oyelana’s joint patriotic song “I Love My Country.” From the Album: Unlimited Liability Company, by Wole Soyinka ft. ft. Tunji Oyelana & His Benders (1983), the song is one of the authentic palm wine sounds of patriotism.

While Fela remains the most celebrated of music activism’s heroes, his son, Femi Kuti, Kuti, has quietly carved a niche for himself as a non-aggressive and non-militant voice in nation building and African unity. In the songs “What Will Tomorrow Bring,” “Sorry Sorry,” and “Dem Bobo,” he expresses his distress over the atrocities in his home country.

In the post-democracy era, a resurgence in conscious music was birthed as many came to realise that the version of democracy in Nigeria is at best authoritarian. Divisive issues that threaten national unity still linger. For instance, the Niger-Delta is still a hotbed of environmental pollution. Oil spillage, gas flaring, and insecurity remain the signposts of this region. A worsening state of infrastructure has been reported nationwide. Musicians had to reflect these societal foibles in their songs. Nneka, Ade Bantu, Idris Abdulkareem, Timaya, AfricanChina, Blackface, Asa, Sound Sultan, Tubaba and the likes made iconic songs, mirroring the general living conditions of Nigerians in Nigeria and Africa in general.

African China’s “Mr. President” is an all-time favourite. The lyrics, which were released in 2000, bear the truth about the daily survival of Nigerians while also challenging the leadership, specifically the President, to be accountable for the welfare of the citizens.

Blackface Naija, mostly underrated and controversial for his grouse of not being credited for his artistry in songwriting, is an unsung hero in the spirit of patriotism. “Hardlife,” which features Alabai, was a dancehall track that didn’t only hit the clubs but the conscience of the nation. It deviates from the regular sounds of protest with the dual quality of being painful and pleasurable simultaneously.

How can history ever forget JJC’s ‘Gbao’ with the addictive hook “Nigeria is the best land”? Nigerians in diaspora felt a deep sense of identity with this song that ignited the prestigious Notthinghill Carnival in 2003. The cheeky song boasts of the beauty of Nigeria as a country, her beautiful women, and well, its growing reputation and sophistication in fraud.

Another turning point in the sound of patriotism in Nigeria is the 1994 collaborative music project by various Nigerian artists titled “Lift Nigeria Up” and “The Way Forward.” Featuring King Sunny Ade, Orits Wiliki Because of its unifying message, the album became one of KSA’s most memorable records.

Ayinde Barrister, a Fuji legend, released Omo Nigeria, written in English, to generate a cross-over appeal for the song, much like KSA and his collaborators did with their songs. More recently, we have seen a very audacious effort to hold the Nigerian government accountable by the Grammy-winning Afro-fusion singer, Burna Boy, with the collaborative track done with Coldplay’s frontman, Chris Martin, “Monsters You Made.” The conscious music, which was released on the “Twice as Tall” album in 2020 to critical acclaim, hints at the artist’s commitment to his society. He didn’t stop there; he also released “Whiskey,” which isn’t a club banger despite the title’s subtle mischief. The Whiskey is a protest against the devastation caused by soot pollution in Port Harcourt, the city where Burna Boy was born. Lung diseases are common in places where such practices are rife.

For most performing artists, even when the goal is sold-out concerts, there is peace in the knowledge that all is well at home. The resilience of One Nigeria rests in the power of its music that keeps the people hopeful even in the face of political uncertainties.