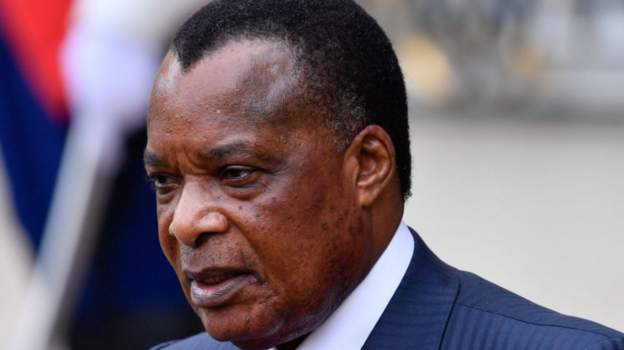 
The internet has been shutdown on the day of voting in the Republic of Congo as voters choose a new president.

Citizens can’t go online, send messages and make calls all in an attempt to prevent expression of opinions on the conduct of the polls via online.

⚠️ Confirmed: Internet has been shut down in the Republic of the #Congo on the day of presidential elections.

Network data show a near-total collapse of national connectivity from midnight local time. The incident is ongoing as polls are due to open ?

The President of the Republic of Congo, Denis Sassou Nguesso is seeking to extend his 36-year rule in Sunday’s election.

Polls have already opened and voters are expected to approve of his stay in power although the country is facing many challenges including an economic crisis.

When Nguesso won the 2016 election, it was characterized by sporadic violence leading to the signing of an accord with opposition fighters the following year.

There are hopes though that this year’s election will be held peacefully, without any incident.

Denis Sassou Nguesso is one of the longest serving presidents in Africa and has been president for the second streak since 1997.

He previously served as president from 1979 to 1992. He was defeated in a presidential election in 1992.

Nguesso who is 77 years was an opposition leader for five years and then came back to power during the Second Civil War (1997–1999) when his rebel forces ousted President Pascal Lissouba.


He has since been in power, winning all presidential elections held since 2002.

The other contenders in Sunday’s election include Guy-Brice Parfait Kolelas, 60 who came in second to Sassou Nguesso in the last elections in 2016.

He is the only serious contender facing the president after a string of boycotts, withdrawn candidacies and exclusions.