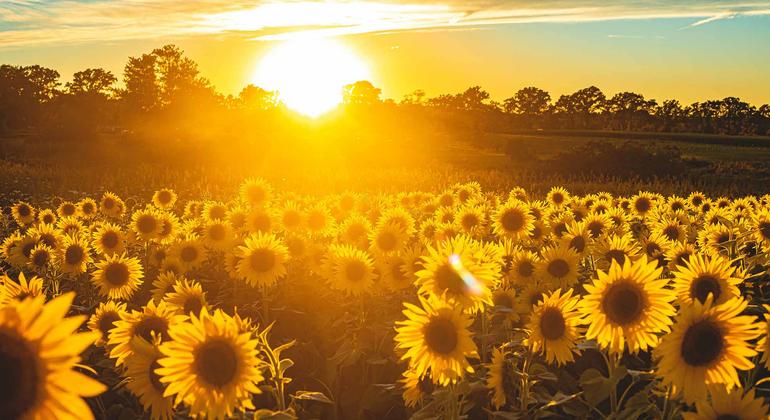 According to the World Meteorological Organization (WMO), temperatures were close to 0.4℃ above the 1991-2020 average across much of Europe, with southwestern and western Europe being the most above-average regions, because of an intense heatwave around mid-July.

“This is despite the La Niña event that’s meant to have a cooling influence,” explained WMO spokesperson Clare Nullis.

“We saw this in some places, but not globally,” she added, noting that it was “one of the three warmest [Julys] on record, slightly cooler than July 2019, warmer 2016- but the difference is too close to call”.

Spain also had its hottest month on record in July, with an average national temperature of 25.6°C – with a heatwave from 8 to 26 July that was the most intense and longest lasting on record.

The heat travelled further north and east ushering very high temperatures across other countries, including Germany and parts of Scandinavia, with local July and all-time records broken at several locations in Sweden.

At the same time, from the Horn of Africa to southern India, and much of central Asia to most of Australia experienced below-average temperatures.

It also dominated a band of territory stretching from Iceland, across Scandinavia via the Baltic countries continuing as far as the Caspian Sea.

Moreover, temperatures were generally below average in Georgia and throughout much of Türkiye.

Arctic Sea ice was four per cent below average, ranking 12th lowest for July according to satellite records.

WMO cited the Copernicus Climate Change Service in saying that Arctic Sea ice concentration was the lowest for July on satellite record, which started in 1979, and sea ice there was the 12th lowest ever.

“We started with low snowpack on glaciers in the alps, reported by meteorological services, and now successive heatwaves- this is bad news for glaciers in Europe. The picture for Greenland’s glaciers is more mixed, however, as there has not been relentless heat”.

In the throes of the heat, WMO Secretary-General Petteri Taalas said in a press conference on 18 July, “this kind of heatwave is the new normal”.