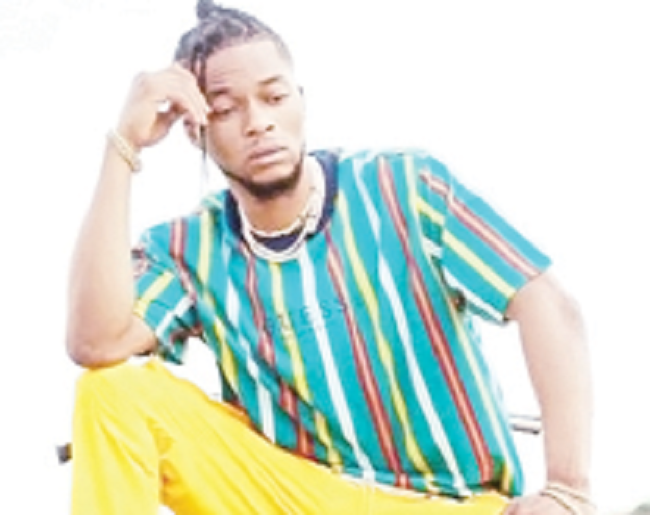 Emerging Nigerian Afropop singer/producer, IceBeatChillz is poised to take over the music scene.

On Saturday August 6, the musician held a special event tagged ‘Afro Got Soul: IceBeatChillz Live’ at the poolside of The Blowfish Hotel, Victoria Island, Lagos, to promote his upcoming mini-album titled ‘Love is King’.

“I am just preparing myself just like a newborn baby. This is just the tip of the iceberg. An EP is coming, this is to showcase the soul music of Afrobeats. I am a musician, people don’t really know me, this ‘Afro Got Soul’ night, the first episode is to showcase my brand as a full musician, someone that can play keys and still sing. I just want people to vibe along with us, while we work on the EP,” he said.

As a musical prodigy, IceBeatChillz produced the entire body of ‘Love is King’ and plays the instruments such as piano, guitar and saxophone on many of the songs as well.

Speaking on why he solely produced the album, IceBeatChillz said: “As a matter of fact, a lot of producers wanted to join in the production of the EP but I decided not to feature any. It’s not as if I don’t want them to feature but I feel I am capable of producing all the tracks in the album and stay alone because it is a free gift from God.”

He added, “This is to create a foundation for me for people to understand that I am a major producer.”

Emerging out of a past of loneliness and wander, amidst a world of struggle and division, IceBeatChillz is gifting the world with a message of Love off the album.

“I sat down and saw that love is everything we ever needed in life. First of all, God himself is love, the woman that truly loves a man, surrenders everything, and believes so much in the man,” the singer said, adding, “Love is king, love leads, the love we have for each other is nothing less than the life that we live. I actually believe that we can still show love for each other regardless of our ethnic differences and diversities.”

IceBeatChillz, a multi-instrumentalist, came into brighter spotlight when he got signed to Crystal Clear Records in 2021.

As an instrumentalist, music producer and artist, the romantic crooner has seen his career take off with his debut single, ‘Area’, featuring Jamaican dancehall great, Beenie Man.

The song racked up streams last year and hit UK Music Week’s Black Music Charts and Pop Charts at #7 and #10, respectively, climbing both charts for 9 weeks.

The song employs the Afro-Pop style that has taken the world by storm and delivers a tune that should undoubtedly get the dancefloor bubbling.

As a warm up to his highly anticipated EP, the versatile and free soul singer released the smooth, romantic Afrobeat-R&B hybrid single “Special Attention”.

With a debut mini-album on its way, IceBeatChillz, defies categorization and is on his way to making a powerful impact on the new era of global music.