Ten people killed in recent protests against the UN mission in eastern Democratic Republic of Congo (DRC) were buried on Friday in Goma after a ceremony of popular tributes. In late July, angry demonstrators had ransacked and looted facilities of the UN Mission for the Stabilisation of the DRC (Monusco), present in the country since 1999 and accused of ineffectiveness in its fight against armed groups. A total of 32 civilians and four peacekeepers have been killed in a week of protests in at least four eastern towns, according to an official report. Monusco is one of the largest UN missions deployed in the world with some 14,000 troops in several eastern cities. Since 2019, pro-democracy movements and some elected officials have been calling for the departure of the peacekeepers. 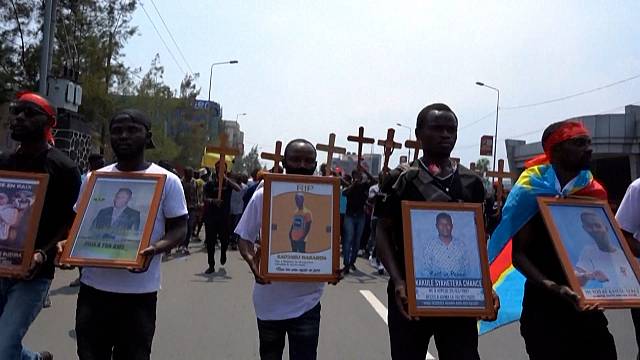