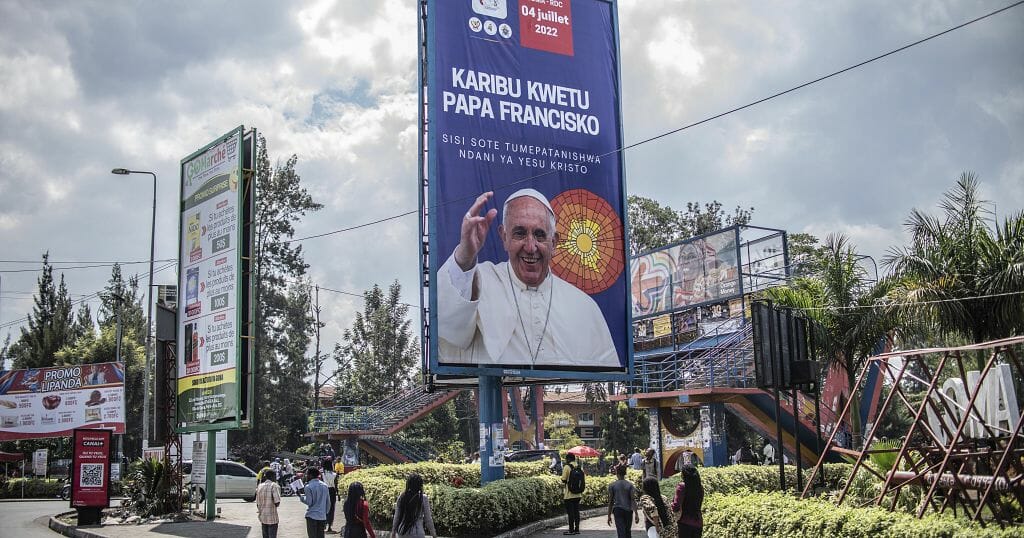 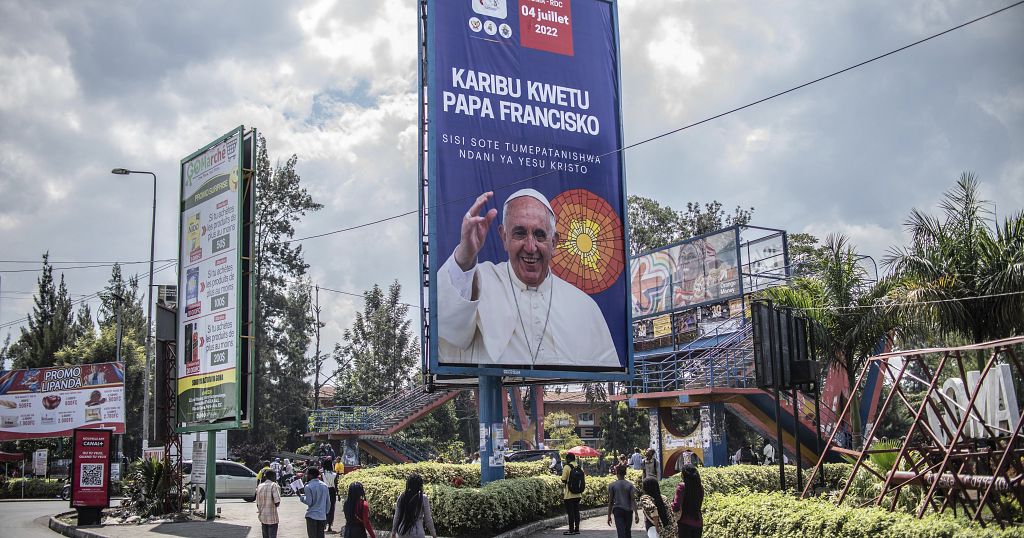 In DR Congo’s bustling capital Kinshasa, Christian faithful are flocking to impromptu market stalls in churchyards to buy t-shirts and wax tissues adorned with the image of Pope Francis, ahead of the pontiff’s arrival on January, 31.

Papal souvenirs have become hot-selling items in the city ahead of the Argentinian pope’s four-day trip to the deeply religious central African country.

Many in the Democratic Republic of Congo view the papal visit as a chance to soothe tensions in the east, where M23 rebels have captured swaths of territory since last year and provoked a humanitarian crisis.

Emmanuelle Wemu, who runs a Catholic aid group, has already bought and tailored her wax print decorated with the pope’s face.

“I expect a message of peace from him, in this moment when the DRC is in turmoil,” she said.

Over one million worshippers are expected to turn out for an open-air mass in Kinshasa’s Ndolo airport on February 1, a sizeable portion in the megacity of over 15 million.

The DRC is a traditionally Catholic nation of over 90 million people.

Conflict in the east

Pope Francis was scheduled to arrive in the DRC last July, but the trip was postponed over health concerns.

Many also speculated that escalating conflict in eastern Congo — where the pope had been due to visit — prompted a rethink.

The M23 rebel group, which is allegedly backed by Rwanda, has waged an offensive against the Congolese military and recently come within several miles of Goma, a commercial hub of over a million people and capital of North Kivu province.

Pope Francis is no longer due to go to eastern Congo, according to his new programme, but he will meet victims of the conflict while in Kinshasa.

Some are disappointed. Gelo Mandela, a youth coordinator in the diocese of Goma, said young people were despairing that the city was no longer on the itinerary.

Diplomatic relations between the DRC and its smaller neighbour have plunged to rock-bottom since the eruption of the M23 crisis in late 2021. Rwanda denies backing the rebels. The country’s region has vast mineral wealth that over xx active armed groups are accused of plundering.

Pope Francis’ security in Kinshasa also remains a concern, notably because of the threat of militias from the east.

The Allied Democratic Forces, which the Islamic State group claims at its affiliate, bombed a Pentecostal church in eastern Congo on January 15, killing 14 people.

The ADF has to date only operated in eastern DRC, over 1,500 kilometres (930 miles) from the capital.

Three days of prayers for a particular intention, known as a triduum, are planned at the Notre Dame du Congo cathedral in the run-up to Pope Francis’ visit to Kinsha.

A vigil will also take place at Ndolo military airport on the night of January 31, ahead of the papal mass there the following morning, according to Father Camille Esika, a cathedral priest.

**Billboards and banners have been put up across Kinshasa to welcome Francis on the first papal visit to the DR Congo since Pope John Paul II in 1985.
**

Preparatory works are ongoing at the eight-hectare (20-acre) site where up to 1.5 million people are expected to pray mass.

“That day, rain or no rain, there will be an event,” said Jesus-Noel Sheke, the project’s technical coordinator.

Justin-Marie Bayala, a teacher who attended a recent mass at the Notre-Dame du Congo, like many, evoked high hopes.

“We dare to believe that he will bring us lasting peace,” Bayala said. 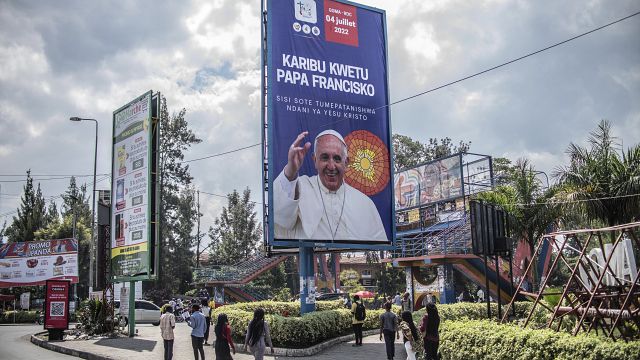