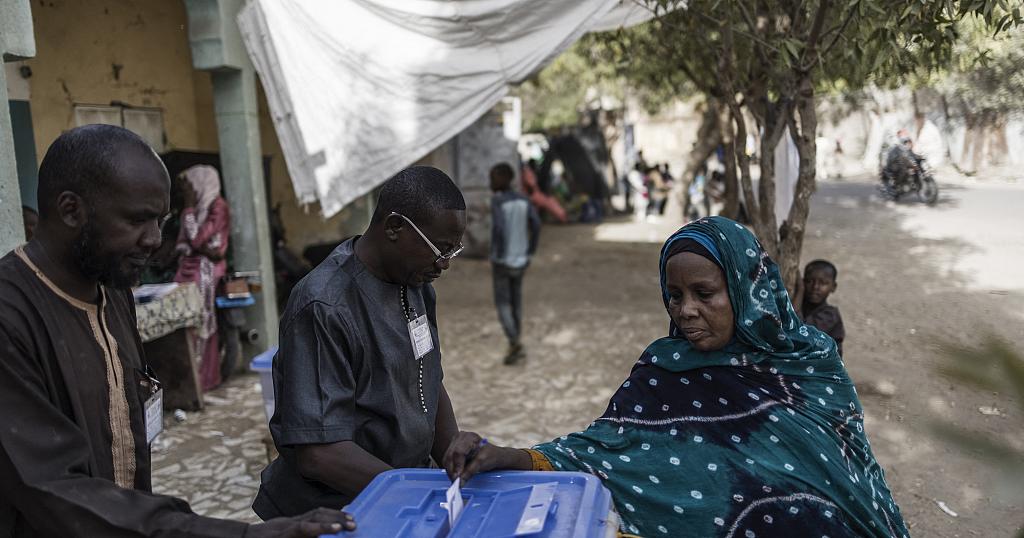 As ballots are being counted after Chad’s presidential election on Sunday, the African Union praised the vote for running peacefully.

During campaigning, demonstrations were banned or violently dispersed, prompting concern from rights groups who have said authorities have cracked down on dissent.

Human Rights Watch, Amnesty International and UN Secretary General Antonio Guterres are among those who have voiced criticism.

But the African Union said it was relieved that polling day went smoothly.

After the polls were closed on Sunday Klassou Komiselom, Head of Mission of the African Union said:

“We give thanks to God that the process which started a while ago and which ends, I would say with this vote which started on Sunday, we are delighted that things have unfolded in the peace, security and freedom for those who have the right to vote.”

A member of the country’s independent electoral commission also said no incidents were reported.

Barred, on the run, or withdrawal

President Idriss Deby Itno was widely expected to win re-election for a sixth term, extending his three-decade-long rule in this central African nation after three top opposition politicians chose not to take part in the vote.

Another seven candidacies were rejected by the Supreme Court and three withdrew, including longtime opposition politician Saleh Kebzabo, who quit in protest over violence by the security forces.

On February 28, the police and soldiers had carried out a bloody commando-style raid on the home of a prominent would-be candidate, Yaya Dillo Djerou. His mother was among at least three people killed, and he is now on the run.

A constitutional referendum approved several years ago means Deby can now serve two more terms and could stay in power until 2033.

The president’s announcement to seek a sixth term in February sparked violent demonstrations.

Chad has struggled with poverty and instability since gaining independence from France in 1960.

Deby, 68, is a former rebel and career soldier who seized power in a coup in 1990. With French military help, he has twice thwarted attempts by rebels to oust him.

He has been a key ally in the French-led fight against jihadists in the Sahel.

“We are going to build together an Africa like the other continents, an Africa that shares a long history, a common history, with those who colonised us and we are going to start this chapter together with them.”

The landlocked nation of Chad is home to nearly half a million refugees from neighbouring Sudan, Nigeria and Central African Republic.

Another 330,000 Chadians are internally displaced, the majority in the volatile Lake Chad region where Boko Haram militants are active

Who else is in the running?

Other than Deby, the five other candidates include Albert Pahimi Padacke, 55, a former prime minister under Deby, and Felix Nialbe Romadoumngar, 64, a newcomer to politics who is officially “leader of the opposition” as his URD party is the second largest in the National Assembly with eight seats, after 160 for Deby’s PDS.

There is also Lydie Beassemda, 54, the first woman to run for president in Chad’s history.