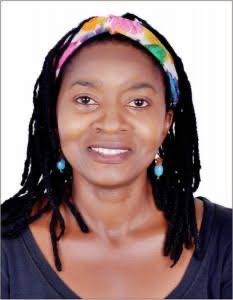 Just as there is no debating that the Hutus of Rwanda carried out a deadly onslaught against the Tutsis, so also in Nigeria there is no debating that the Fulani are carrying out an ethnic cleansing-genocide against indigenous people so as to grab their rich lands, and permanently change the demographics, culture, and name of the country known as Nigeria. Survivors of armed Fulani attacks have told us so. So too have armed terrorists revealed that their reward for killing is to be given land, and for Nigeria to become the “Islamic State of West Africa” (viz the fallout from the recent Abuja-Kaduna train attack).

The motives of the Fulani are understandable. They are non-indigenous immigrant settlers and Nigeria is a land filled with natural resources which they covet. Moreover, their Ahmadu Bello in 1960, declared to them that their mission should be to “ruthlessly” make Nigeria their “estate”. This Fulani Caliphate Agenda would be impossible to get off the ground though, if not for the key ingredient: INDIGENOUS POLITICIANS. So, why are indigenous politicians helping armed Fulani to overrun Nigeria?

THE BIG ISSUE – is that indigenous politicians from the NINAS Alliance Territory are playing the role of Judas Goat. This is the animal that leads sheep or goats to the abattoir and is rewarded by its master with much food, and with its life spared. If not for indigenous politicians upholding a document they know is a Forgery called 1999 Constitution, the Fulani would have no access to the ancestral lands of the indigenous Ethnic Nations of the South and Middle Belt (NINAS Territory). That illegitimate 1999 Constitution is the illegitimate “Entry Visa” of the Fulani. All political parties subscribe to that Forgery. Then, the declared winner of elections swears an Oath Of Office to uphold, defend, and govern by that Forgery. In so doing, indigenous politicians give life to, and empower what is actually a Forgery, opening the door for Fulani to enter the ancestral lands of indigenous peoples, saying that they are entitled through the provisions of the 1999 Constitution.

To stop these Fulani, some State Governors had passed anti-open grazing laws, but which cannot be enforced. For, while the Fulani invaders come armed with AK47s and AK49s, under the 1999 Constitution, Governors cannot arm their people for self-defence.

THE REASON – that indigenous politicians uphold the illegitimate 1999 Constitution, the Entry Visa for Fulani, is because they do not care about their people. They have no vision for their people’s welfare. They want money and the power of impunity, so as Judas Goats for the Fulani they get to live, and to live lavishly.

Therefore Elections 2023 are of utmost importance for the task assigned to indigenous politicians. It is the means of renewing the life of the 1999 Constitution when the Oath of Office is taken by the declared winner of elections. That gives the Fulani Caliphate and armed Fulani more time to make Nigeria their “estate”. For playing such a crucial helping role, indigenous politicians are rewarded with more years to acquire money and riches from the public purse.

THE SOLUTION – has been placed on the Table by the non-violent NINAS Movement since 16 December 2020 when a Constitutional Force Majeure was Declared to Terminate the operation of the illegitimate 1999 Constitution in the NINAS Territory. Indigenous politicians in defiance of the will of their people who have Repudiated the sham, genocide-enabling 1999 Constitution, but with the false confidence that comes from having access to public money, and being protected by troop-loads of armed police and soldiers, have been wasting time (even though their defenceless and unprotected are people being slaughtered by armed Fulani, and farms destroyed), aiming to run down the time clock, then claim that there is no time left to do anything before Elections 2023.

There IS time left before those elections to do the right thing, and to do the right thing the right way. The PRIORITY now is to protect indigenous communities. Relying on Buhari has proven to be futile, and no wonder, he has been judged by local as well as foreign observers as being complicit in the deadly onslaught against indigenous peoples by his Fulani compatriots. Politicians from the NINAS Territory should therefore know that any decision by them or their political parties to go for Elections 2023 will be interpreted as a clear-minded choice to help the enemy preserve the 1999 Constitution and this will mean sabotaging their own people, and being directly responsible for bringing armed Fulani upon them. Instead, serving officials should even at this stage have some sense to retreat from the treasonous path that will bring calamity upon them, for they would certainly face the fury of their people for upholding the Fulani invader-enabling sham 1999 Constitution.

Transitional Government is needed right now! The matter is too plain for any kind of confusion: the 1999 Constitution creating the (false) Union as well as creating all tiers of government, is a Forgery. It is a Fraud. It is a Deception. It is a Scam. It is Make-believe. It has therefore been REPUDIATED, viz the Solemn Assemblies of the Lower Niger, the Yoruba, and the Middle Belt Blocs; plus other joint assemblies, and the Constitutional Force Majeure (CFM). With their inalienable right of Self-Determination made possible by the CFM, indigenous Ethnic Nations of the NINAS Territory should be taking fuller charge of their various spaces. It is impossible to expect indigenous peoples to sit still while armed Fulani destroy their farms, violate their daughters, and then slaughter everybody. More and more individuals and groups across the NINAS Territory are stepping forward to embrace the DIAGNOSIS, PRESCRIPTION and TREATMENT Proposition of the non-violent NINAS Movement. The main task of NINAS is to lead the dismantling of the fraudulent 1999 Constitution to end the degenerate Unitary Union it creates, and to champion the processes of Self-Determination by which Sovereignty is restored to the constituent Blocs of the NINAS Territory. The Union Dispute that the Fulani Caliphate has been imperiously avoiding since 1966, would get resolved. Indigenous Ethnic Nations in formations of their choice (Blocs), will decide whether or not to re-federate as a Union of Nigeria. That is their inalienable decision.

Ndidi Uwechue is a British citizen with Igbo heritage from the Lower Niger Bloc. She is a retired Metropolitan (London) Police Officer, she is a signatory to the Constitutional Force Majeure, and she writes from Abuja.