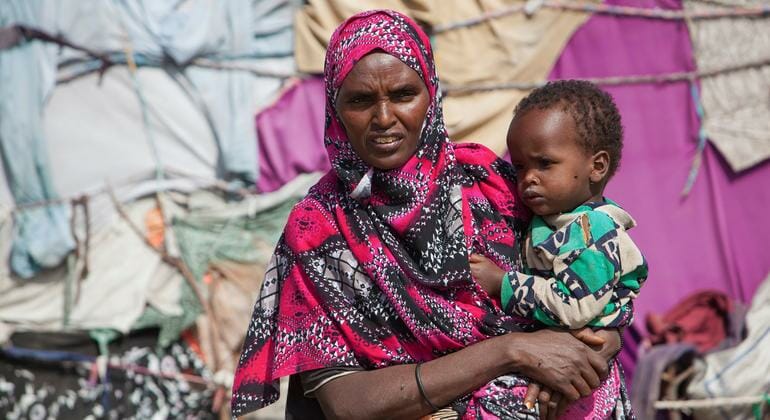 Due to drought and lack of livelihood support, people living in eight areas of the country could be experiencing famine by September. “We cannot wait for famine to be declared; we must act now to safeguard livelihoods and lives,” Rein Paulsen, Director of the FAO Office of Emergencies and Resilience said, following a recent visit to the country.

More than three million animals essential to Somalia’s pastoral communities have died so far and crop production has substantially dropped due to unprecedented poor rainfalls and intense dry conditions.

The continuing death of livestock, key commodity prices rising further and humanitarian assistance failing to reach the most vulnerable, have forced many people living mostly in rural areas, to move to displaced persons camps.

In order to assist 882,000 people across 55 districts with immediate lifesaving and livelihood support, FAO Somalia urgently requires $131.4 million. But famine prevention efforts in Somalia are only 46 per cent funded, and the 2022 Somalia Humanitarian Response Plan is just 43 per cent funded, as of 4 August.

The latter is part of the FAO’s wider Horn of Africa Drought Response Plan, which also covers Kenya, Ethiopia and Djibouti. “We have urgent problems with funding,” Mr. Paulsen said.

FAO has been “ringing the alarm bells” since April last year and the failure of successive rains, but a response “hasn’t happened at the levels needed”. This has led to vulnerable farmers being “forced to move as livestock are dying and crops failing. Now everyone has to mobilize quickly and at scale” he added.

“We are deeply concerned about the drought situation and how vulnerable households are being affected,” Mr. Paulsen said, describing how one family of seven travelled over 100 kilometres to reach the displaced persons camp seven months ago.

Mr. Paulsen underlined how it was vitally important to understand that agriculture is a frontline humanitarian response. “Not only does it meet needs, it reduces the drivers of those needs effectively. Agriculture needs more attention and more funding to enable timely action in response to agricultural seasons,” he said.

According to Mr. Paulsen, the response in rural areas must be scaled up to help vulnerable people “where they are” as this is “more effective [and] more humane”.

He called for “multi-sectoral responses” to support livelihoods, but warned that “more funding from donors,” needed to come in. The focus is on supporting livelihoods, Mr. Paulsen explained.

This involves providing cash to allow people to buy food and keeping their animals alive with emergency feeding, vet treatments, and water supplies. Farmers must be able to plant, particularly in riverine areas where cropping with irrigation is feasible.